Here you can find a collection of our Newsletters, Videos, and Blog posts. We hope you find them interesting, educational, and they keep you up to date on what's happening with digital marketing.

ALL ABOUT GOOGLE’S MAY 22 BROAD CORE UPDATE

As we all know, Google launches core updates at least two to three times a year. These updates cause a hassle to all the web developers and SEO specialists because they have to monitor the rankings and make the required changes.

On May 25th, Google announced an update via a tweet. 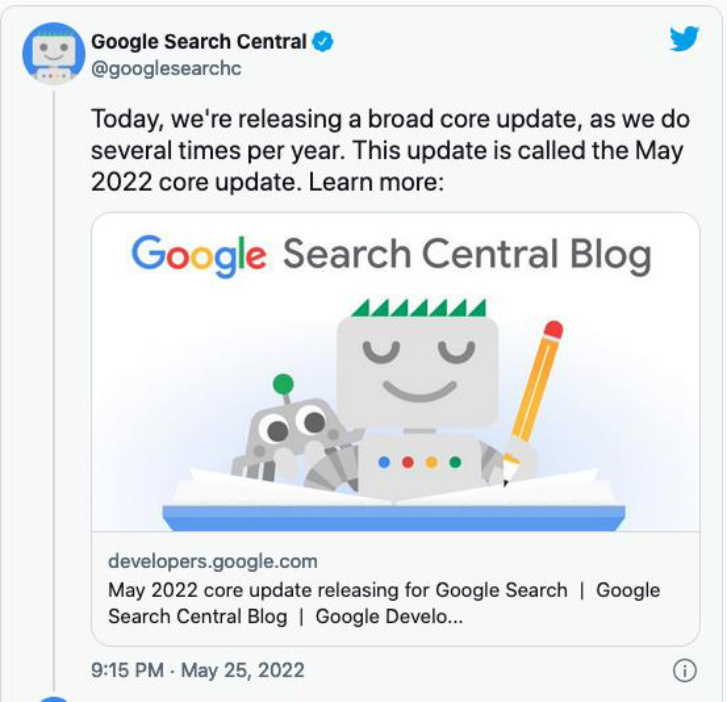 This core update was further explained on Google Search Central. According to this article, Google makes changes to the ranking process to increase the accuracy of the search results. These improvements are called core updates. The core updates are not specific to certain sites, but will certainly generate notable effects. Some sites’ ranking may drop, while others may rank better.

Also, Google said that if any site does experience a drop in its ranking, they don’t have to fix anything. These updates are meant to improve the system, helping under-ranked sites get better traffic.

So, if your ranking suddenly drops, there’s nothing to worry about. You have not violated any webmaster guidelines. You just have to sit back and wait for the next core update. One last thing you can do is observe the sites that have ranked higher and try to figure out the factors that helped them.

Still have any issues? You can get in touch with our experienced team for assistance.

Reviewing a website’s SEO in 2 minutes or less

Description: A deeper look into an SEO Audit Report

How to use an SEO Proposal to sell SEO